We currently market two strains of probiotic bacteria – BLIS K12™ and BLIS M18™ – both of which occur naturally in the oral cavity. However, only around 2% of the population have these healthy bacteria at levels high enough to be effective.

BLIS K12™ was our first discovery. It was originally developed into a probiotic supplement to support throat health. But the benefits of BLIS K12™ have been found to be more wide-reaching as more studies have been completed. We know that BLIS K12™ also supports the ear nose and throat health of infants and children, and is also effective in improving bad breath (halitosis).

The second strain – BLIS M18™ – was discovered later and this promotes a healthy bacterial balance for dental health. Both strains were discovered by Professor John Tagg while at the University of Otago Microbiology Department. His story is both fascinating and inspiring. Professor Tagg extensively cataloged a collection of more than 2000 these bacteria strains over a period of more than 30 years. Those bacteria were then acquired by Blis Technologies with the first product – ThroatGuard – launched in 2002.

Today the Blis portfolio consists of:

All our products are developed and manufactured at our headquarters in Dunedin, New Zealand. 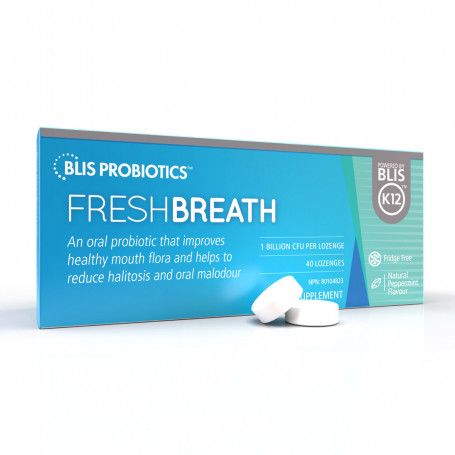 Probiotics are useful microorganisms that make up the oral, intestinal, and vaginal flora. Their presence makes it possible in particular to counter the proliferation of harmful microorganisms which can, for example, cause infectious diarrhea or vaginitis. Probiotics also aid in the digestion of food. In particular, fermented dairy products, such as yogurt, have been shown to aid the digestion of lactose1, especially in people who are intolerant to it. Supplements of certain probiotics, especially lactobacilli, also have this effect, but to a lesser extent.

At easy-phama, We offer you the best of Probiotic. 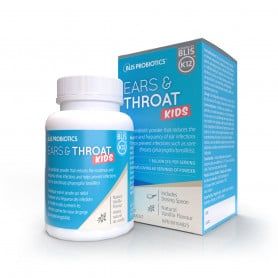 CAD $ 38.19
(tax excl.)
In Stock
BLIS Probiotics - Ears&Throat for Kids with BLIS K12 - Packaging of 48g. Scientifically developed probiotic protection for the mouth and throat.
Ears&Throat for Kids with BLIS K12® is an advanced oral probiotic that helps defend against bad bacteria in the mouth and throat. Each serving of powder contains a high dose of BLIS. Homeopathic Medicine Number (DIN-HM) : 80104825. Product from New Zealand.
Buy
Add to cart 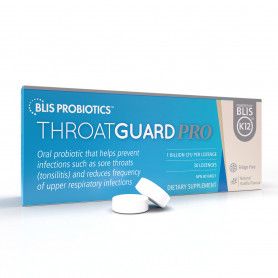 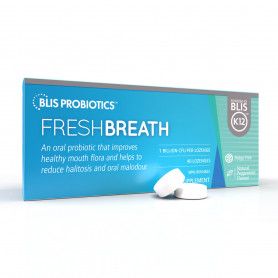