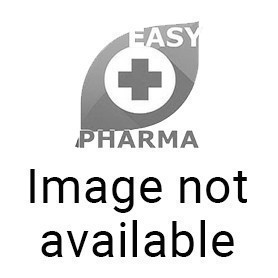 Organic Gemini began in 2013 when George and Mariam set out to share the many health benefits of TigerNuts by creating a line of snacks and beverages that feature this ancient superfood.

Earlier that year, TigerNuts had played a key part in Mariam's recovery after dealing with severe health issues. Her partner, George, had found a study where women in similar situations were using alternative treatments and a raw food diet to find healing. They decided to pursue a holistic treatment first and reserve invasive surgery for the final alternative. They enlisted the help of a holistic doctor and they both began a diet restricted to food that was raw, organic, Non-GMO, gluten-free, and dairy-free.

There was a tremendous improvement to their health after following the diet for a couple of months and by the end of the third month, not only was she able to avoid surgery but she was pregnant. This miraculous recovery led them to a newfound passion for holistic food; food that is organic and has not been genetically modified. One of the foods that was essential in their journey was an ancient superfood known as a TigerNut. A root vegetable that is rich in prebiotic fiber, iron, potassium, and other essential nutrients. They felt compelled to share this little tuber with the world and help other people reap the health benefits that they experienced and continue to experience!

Show More  trending_flat
Relevance Name, A to Z Name, Z to A Price, low to high Price, high to low

$11.29
(tax excl.)
Out-of-Stock
Organic Gemini - TigerNut Granola - Apple Cinnamon - Packaging of 8oz. We have added true cinnamon and fresh apples to our TigerNut Raw Granola to give it a sweetly spiced flavor that makes for a delicious snack, or pour in some Unsweetened TigerNut Horch
Details
View details

$9.69
(tax excl.)
Out-of-Stock
Organic Gemini - Chocolate Muffin and Cake Mix - Packaging of 300g. Organic Gemini's newest baking mixes are designed for those who want the health benefits and flavours of Tigernuts without the difficulty of baking from scratch. Our chocolate muffin and
Details
View details

$9.69
(tax excl.)
Out-of-Stock
Organic Gemini - Vanilla Muffin and Cake Mix - Packaging of 300g. Organic Gemini's newest baking mixes are designed for those who want the health benefits and flavours of Tigernuts without the difficulty of baking from scratch. Our vanilla muffin and cake
Details
View details